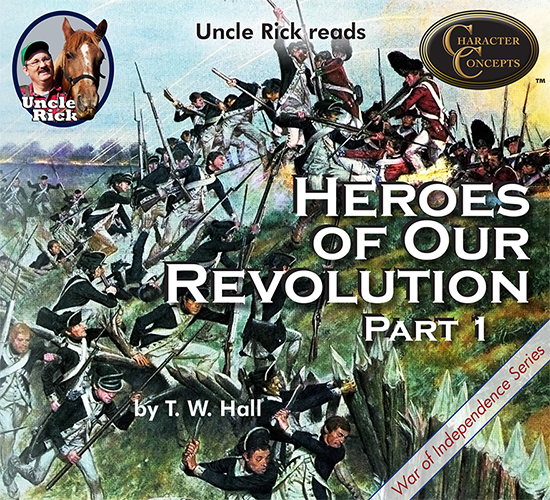 I love stories about the Revolutionary War.  There’s so much excitement and so many stories of heroism!  It’s inspiring.  And oh, so many great men and women to admire.  Washington, Jefferson, Franklin, Nathan Hale—and so many more.

One hero of the War of Independence was not a general on the battlefield, but a preacher.  In fact, a lot of the preachers of that day were heroes.  Despite the anger of the King, these fearless men of God preached faithfully the truth that God had created all men equal.  They condemned  sin wherever they saw it, and that included the King and Parliament.  When the English government committed illegal acts against the rights of the American colonists, there were loud and clear protests from the men called “The Black-robed Regiment.”

Jonathan Mayhew was one such man.  His sermons were sometimes printed and distributed far and wide.  It was Mayhew that came up with the idea of the “Committees of Correspondence” that connected the colonies together by sending messages up and down the eastern coast.  These committees shared news between colonies through messengers on horseback.  As communication increased between colonies, there grew an increasing feeling of brotherhood from Massachusetts to Georgia.  We were becoming a country. Mayhew died of sickness before he got to see America gain her freedom.  But his preaching and his Committees of  Correspondence had such a great effect on the uniting of the colonies to protect each other from British tyranny that John Adams said that Mayhew had “fired the opening gun of the Revolution.”