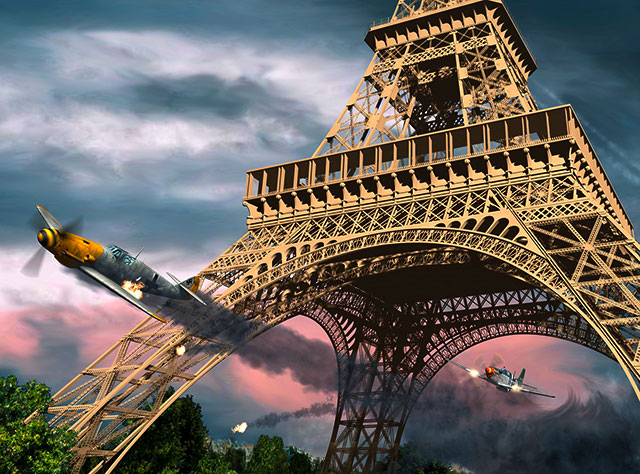 World War II was a huge struggle in which most of the nations of the world took part.  And out of that war came an endless collection of stories that illustrate good and bad character clearly.

One of my favorite WWII characters is Bill Overstreet.  Some of my family members actually know Bill.  He lives only about an hour from us and my wife and daughter have interviewed him personally. In the spring of 1944, Bill was a fighter pilot based in England.  One day he had  flown across the English channel to France to attack Nazi airplanes.  He found himself chasing a German Messerschmitt fighter across the French countryside.  Desperate to lose his pursuer, the German pilot headed for Paris, which was in German hands and bristling with anti-aircraft guns.  Daring Bill stuck right with him.  Finally, the enemy pilot took his life in his hands and flew underneath the giant iron columns of the Eiffel Tower.  No doubt he thought that no other pilot would dare such a risky move, but he was wrong about Bill Overstreet.  Bill went right after him and finally shot him down over Paris.  Then he descended dangerously low and followed the river out of town and the range of the German guns.

You can listen to the story about Bill Overstreet in Portraits of Integrity or read it in the book if you prefer.  It tells about some of his other hair-raising adventures.  I hope you enjoy it!