Nightshirts in the Cornfield 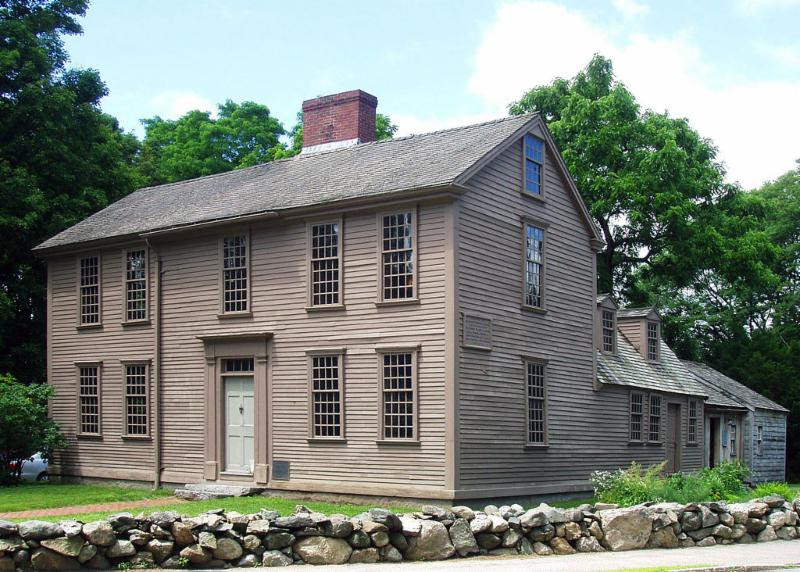 It was the evening of the 18th of April, 1775.
Elbridge Gerry, a member of the Continental Congress from Massachusetts was staying overnight in a house near Menotomoy with his friend, Colonel Orne. There had been a meeting of a Congressional committee that day in nearby Cambridge and Gerry had taken part.
The community was all abuzz with rumors of British military action.  Patriot leaders John Hancock and Sam Adams were staying in Lexington, and military supplies had been collected and stored a few miles further up the road at Concord.  Rumor had it the British had plans to seize the men and the munitions soon. Mr. Gerry had noticed parties of British officers passing through the area that afternoon.  Others had paid little attention; such groups were not an uncommon sight in the area.  But something told the statesman that something was afoot.  Hastily, he wrote a warning letter to his friend, Hancock, and sent it by messenger on a path that would avoid the prying British eyes.
After a while he and Orne retired to bed, concerned about the possibility of danger to Hancock and Adams but giving little thought to the possibility that they themselves might be rounded up and taken captive.
Later that night, the tramp of marching feet awoke them.  Hundreds of red-coated soldiers were passing by!  Looking out the window in the moonlight, Gerry and Orne saw the marching file stop and an officer direct his men to surround the house in which the committee was staying.
There was no time to dress.  In their nightclothes, the two Patriot leaders fled out the back door and into a nearby cornfield.  There, they reasoned, they would be out of sight but could hear what went on in and around the house.  While they spent an uncomfortable hour standing in the darkness, the British soldiers searched every nook and cranny of the house.  Finally, they gave up and moved on. Gerry and Orne returned to the house, dressed and proceeded to help spread the alarm carried by Paul Revere and other riders that the British were indeed moving to capture their desired prey in Lexington and Concord. Paul Revere warning that the “British are coming!”

Elbridge Gerry’s life is chronicled in For You They Signed, a book Mrs. Marilyn wrote.
Also, you can hear more about John Hancock and John Adams in several of my audios, like:
America First
War for Independence
Heroes of our Revolution.
(also available at the Uncle Rick Audio Club)