My Word is My Honor – Character and History Lesson 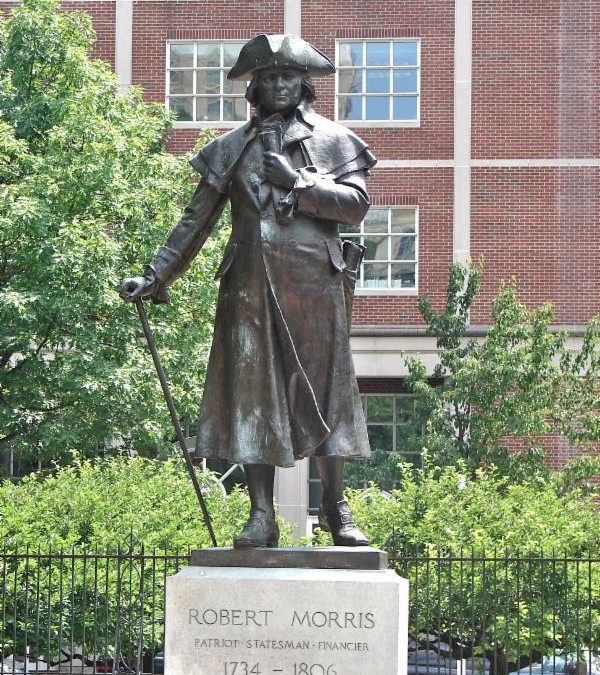 The Continental Congress that represented American citizens during the War of Independence was one of the most remarkable aggregations of men in history.
They came from all over the colonies and from many different backgrounds.
Nearly all of them were dedicated Christians.
Many of them suffered greatly from the privations of the war.
It’s a shame that most of us know so little about them.
One of these exceptional men was Robert Morris, a Representative from Pennsylvania. Morris had signed the Declaration of Independence, and so, was a wanted man by the British crown.
He would later go on to be one of the two Senators from Pennsylvania in the early days of the United States.
But he is perhaps best known as the
“Financier of the Revolution.”
Some say that next to George Washington, Morris was the most powerful man in America.
Morris’ commitment was severely tried many times during the war. As America’s need for funds grew, the supply of available capital dwindled. It became harder and harder to borrow money. Morris loaned the nation funds out of his own considerable fortune until he was virtually a pauper. Yet, because he had built such a reputation for honesty and dependability, he still managed to find people of means who would loan the fledgling nation money because the loan was guaranteed by the reputation of Robert Morris.
Perhaps the defining challenge came for Morris when he received a message from George Washington that funds were needed urgently and immediately. His troops’ enlistments were running out and they were threatening to leave the army and return home, where they were desperately needed by their starving families.
Washington had managed to hold them together despite late pay, meager rations and insufficient clothing and shelter. But time was running out. They had fought hard in the last few days, and still the British were threatening Philadelphia.
Morris racked his brain for an answer.
Washington was pleading for the astronomical sum of $50,000. Who might have that much money and be willing to lend it immediately with nothing to be offered for collateral?
At last, Morris remembered his Quaker friend, Abel James. He presented himself and his request at James’ house early the next morning. The Quaker stared at Morris. “But what is thy security, Robert, for this large sum?” he asked.
Morris replied simply,
“My word is my honor.”
James granted him the loan. Immediately Morris notified Washington that the money was on the way. With this glad news, the General was able to rally his discouraged men and convince them to reenlist.
On the night of January 3, 1777, Washington’s army attacked the British at Princeton and handed them a resounding defeat. The Redcoats evacuated southern New Jersey, and Philadelphia was safe.
Once in a while, we are reminded of the importance of an impeccable reputation.
Proverbs 22:1 says, “A good name is to be more desired than great wealth, Favor is better than silver and gold.”