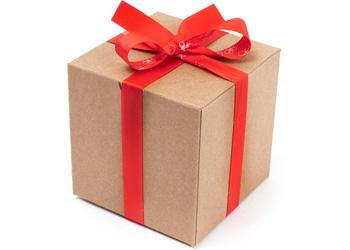 On Christmas morning of 2002, my son Nate walked into our living room and dropped a little gift on to the lap of his little sister, Carrie. The present wasn’t just for Carrie but for the whole family.
It was a puppy!
The tiny black morsel of dog flesh was the first dog we had owned in a few years. There were cries of joy and excitement from the whole tribe. The baby pup was handed around from lap to lap, cuddled, petted and generally fussed over.  Everybody wanted to be the next person to hold her.
We settled on Belle as her name, after the famous Confederate spy Belle Boyd. (You can hear about this courageous young lady in Brave Deeds of Confederate Soldiers in the Uncle Rick Audio Book Club.)
Little Belle was small, black and very, very active.  She was everywhere!  Running, tumbling, jumping, chewing on fingers and furniture.  Most puppies love to run and play, but Belle was something special.  She never seemed to get tired.  She was a pound puppy, a little, mixed breed baby that the pound called a “Labrador mix.” Belle grew fast. As the weeks and months went by we all came to know her much better. We found that Belle was hyperactive and adventurous. She was very protective of her home and family.  When a visitor came to the front door, Belle would bark and bark, leaping high into the air off all four feet.  Most visitors paused a moment before coming into the house, even after they were invited. That was her way of greeting people.
Her favorite person to bark at was the UPS delivery man.
Many dogs are suspicious of the UPS drivers, and I suspect it is because those ladies and gentlemen move so fast on their rounds.  They know they have many packages to deliver and they must all be distributed before the drivers can go home.  For that reason, drivers dart in and out of their trucks rather suddenly.  That seems to stimulate dogs to want to chase them.
When the UPS man came, Belle went crazy.  She managed to add a little more volume to her voice.  She has never, ever tried to bite anyone.  She just seemed to enjoy scaring people when they came to our house.
But all good things must end, and old age has clearly reduced Belle’s energy for the hunt. She can’t do the mid-air leaps inside the storm door as she used to.  In fact, she is so crippled that she can barely hobble.  She used to sleep in the basement family room on her old sofa, but can’t manage the stairs anymore.  So now she sleeps on the carpet in the master bedroom.  She has tumors that make lumps and bumps all over her.  Sometimes one of the lumps will itch and we will see her scratching and biting at it.  From time to time we have wondered whether it might be time to have her put to sleep.  After all, she is fifteen years old-very, very old for a dog.
But our veterinarian has told us to wait a while.  After all, he says, she is still enjoying life, isn’t she?  We have to admit that she is.
Each morning she goes with Mrs. Marilyn and Mosby the yellow Lab on a stroll in the woods.  At first, she moves very stiffly, but her muscles seem to loosen up with exercise and after a while, she is loping through the woods with little trouble except for getting over logs (but she still manages somehow). She still loves Japanese food and chocolate, and salad, of all things!
Most of all, Belle still enjoys scaring the UPS man.
When she hears the UPS truck, we have to lock her in the bedroom to keep her from running to the front door, roaring in her hoarse old bark.  She may not have the bounce she used to have, but she still loves life.
Hats off to Belle Boyd.  She’s old, creaky, weak and crippled.  Yet she is so very determined.  No UPS delivery driver is going to invade her turf without the very loudest challenge she can muster.
We could all learn a lesson from this old dog.  She has a passion to fulfill and she won’t be discouraged by weakness, weariness or sore joints.
In spite of all the obstacles, she keeps on doing her duty as the family protector.
If all of us had her determination, there would be a lot more things getting accomplished.